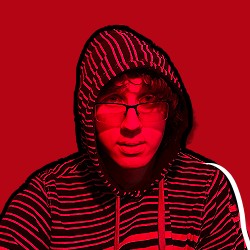 Joseph Madril III is a self-taught web designer, graphic designer and photographer. Previously known online as Verso, Madril began to use the alias, Alluthus, in early 2020.

Born in Las Vegas, Nevada, Alluthus shared his first single to SoundCloud in 2017. That same year, he co-produced a soundtrack album with Isaac Shea. Plans for a debut instrumental album came about, but the project was scrapped in early 2018. In 2019, he co-founded STiBaRC Records with Joshua Herron and Bunnbuns His debut EP, Golden Days, was released to digital stores in March 2020. Memory Lane, his debut album, was released shortly after in May 2020.

In November 2020, Alluthus' second EP, Undertow, appeared in stores. In spite of those who condemned the usage of samples and loops in Memory Lane, Undertow uses them to the extreme, taking a more "poppy" route compared to his previous releases.